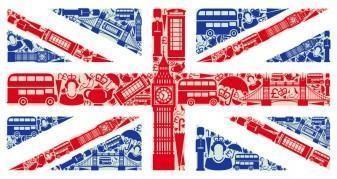 The Academy of Cuxton Schools are committed to serving their community and the surrounding areas. We understand the vital role we have in ensuring our children are prepared for the diverse society in which we live . The school accepts admissions from all those entitled to an education under British Law. There is no discrimination against any group or individual regardless of faith, ethnicity, gender, sexuality, political or financial status or similar.

The DFE recently announced the reinforcement of the need ‘to create and enforce a clear and rigorous expectation on all schools to promote the fundamental British values of democracy, the rule of law, individual liberty and mutual respect and tolerance of those with different faiths and beliefs’.

At Cuxton these values are reinforced in the following ways:

Children have an opportunity to have their voices heard through the school council, children’s surveys, and pupil voice. The school council enables children to see that they can be involved with real decision making powers. This ensures children can see the connection between the vote they cast and the way in which it can shape their environment. More widely, discussion takes place to enable children to see how decisions are made at a local and national level. The children in Key stage 2 decided on the idea of Cyril the Squirrel as a reward and this forms the basis of our Behaviour Policy. Monitors are chosen and children share roles between them. Class monitors are chosen by the class.

The Rule of Law

Children are taught the values and reasons behind rules and law and its importance and this is reinforced by visitors with responsibilities visiting school, for example, Police, Fire Service, Ambulance, Road Safety officers, Rail Safety Officers, Bike ability teaching. Children then learn that whilst Laws and Rules govern us, they protect us and there are consequences when they are broken. Legal issues surrounding substance abuse, e safety and protecting oneself on line, knife crime and sexual relationships are discussed in year 6 in order to prepare the children for the more diverse and potentially more intimidating environment they will face at secondary school. Cuxton has a clear set of rules and children are encouraged to take ownership of these and, by extension, their own behaviour.

Part of our Behaviour Policy and Ethos and Values Statement is Respect and children are involved with discussions around this, what it means and how it is shown. This is reiterated through our school and class rules as well as our Behaviour Policy. Also during PE  and Sports events where ‘Fair Play’ is promoted, following and developing rules, inclusion , celebrating and rewarding success and being magnanimous in defeat and participation in activities that promote an affiliation with others. The use of Peer mediators through work with the Home School Support workers. Tasks in lessons and throughout the school  tasks are carried out in pairs so children feel comfortable working with all their peers whatever their differences in background or prior achievement. Circle times encourage purposeful class discussions where children are encouraged to listen to one another, acknowledge their differences in a spirit of acceptance and respect. We have a clear and consistently enforced anti- bullying policy.

Tolerance of Different faiths and Beliefs

This is achieved through enhancing children’s understanding of their place in a culturally diverse society and by endeavouring to give them experiences of diversity. Living in a small village, this is important. Children being able to discuss their family background in a supportive environment is important. Assemblies around different cultures and faiths and prejudices and bullying take place. Singing songs in different languages. Collective worship in our school is non-denominational and we recognise that those attending may have a range of faiths or none. This is supported by learning in RE. Planning for RE is directed by SACRE, the Agreed Syllabus for Religious Education which encourages understanding of the major faiths and religions around the world.

In school, children are actively encouraged to make choices right from the beginning. It is important that the children make the right choices because it is the correct course of action not because they are told to! For example, during Plan do and retell sessions in FS. As a school we educate and provide boundaries for our children so they can make their choices safely through the provision of a safe environment where they can feel empowered. Our behaviour policy promotes a culture in which children take ownership of their own behaviour and choices. Children assess their progress in learning through the targets in their books and in conferences with staff. Homework leads to Child led challenges in Key Stage 2.

We celebrate and teach the children about the full calendar of traditional British events including, Harvest, Bonfire Night, Christmas, New Year, Shrove Tuesday, Easter, Mayday . Also St George, St Patrick and other Saints, Remembrance Sunday, The Royal Family events, like the Jubilee or the birth of Prince George. Children attend Brownies, Rainbows and Cubs and are encouraged to discuss their outside pursuits with staff. The children also learn about British Legends and folk stories such as Robin Hood.

We also teach the children about the positive contribution made to the world by notable figures such as Florence Nightingale, Charles Darwin, Charles Dickens.

Children visit places of cultural significance including museums, castles and cathedrals, historical Rochester and London. In September, we will have a cultural week as well as a British week and teaching the children the National anthem and singing hymns.

Our goal is to encourage our children to believe that by taking pride in the contribution they make to modern British life they become better citizens not just in our country but throughout the world.

Unfortunately not the ones with chocolate chips.

Some cookies are necessary in order to make this website function correctly. These are set by default and whilst you can block or delete them by changing your browser settings, some functionality such as being able to log in to the website will not work if you do this. The necessary cookies set on this website are as follows:

Cookies that are not necessary to make the website work, but which enable additional functionality, can also be set. By default these cookies are disabled, but you can choose to enable them below: