This term we are stepping into the world of dinosaurs! Making all sorts of new discoveries and finding news information. We can hardly contain our excitement. 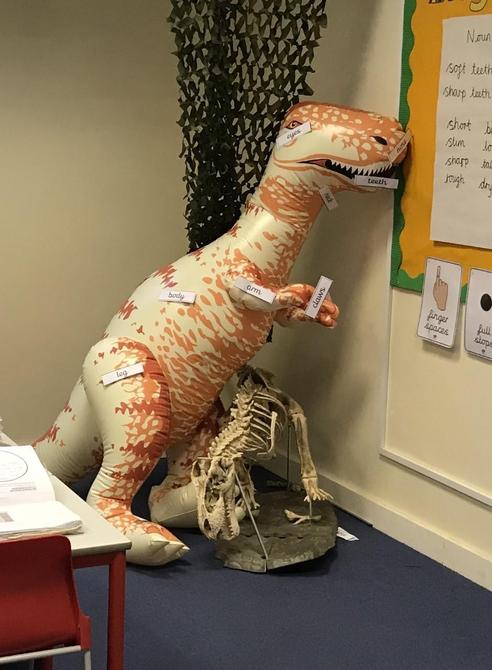 We have had lots of fun learning about dinosaurs! First, we identified nouns by labelling body parts on dinosaurs. We then extended our nouns by adding adjectives to make them noun phrases - we even challenged ourselves to add two adjectives to the noun to make it into an expanded noun phrase. We had lots of fun labelling Rosetta whilst she was sleeping but we had to be quiet so we didn't wake her up.

With our noun phrases, we then wrote sentences to describe a dinosaur.

Oh no! Rosetta has been attacked! The classroom has been made into a crime scene! It was our job to investigate and discover who attacked Rosetta. We had four suspects; a Velociraptor, a Tyrannosaurus Rex, a Stegosaurus and a Triceratops.

First we discussed who was the most dangerous dinosaur and most of us thought that carnivores are the most dangerous dinosaur because they eat other dinosaurs. However, we discovered that herbivores are also dangerous because they have characteristics on their body to defend themselves, for example; Triceratops have horns on their heads. We discussed who we thought it could have been and how we could find out who done it? Around the classroom, there was a range of evidence and we had to use the clues to find out who the culprit was.

The culprit had left footprints behind so we had to look at dinosaur's footprints and identify whose footprints they belonged to. There was CCTV footage of the incident. We had to identify which suspects were at the scene of the crime. Then, we had to identify what the dinosaurs eat and state whether they are carnivores, herbivores or omnivores. We also had to investigate the habitats of each dinosaur so we know where they live to arrest them. We then shared our results and discussed for a final time about who done it? We then followed the dinosaur's footprints to find out who the culprit was. The culprit was... The Stegosaurus!  We thought that it must have been an accident and the Stegosaurus used their sharp, pointy plates on their green, curvy body. 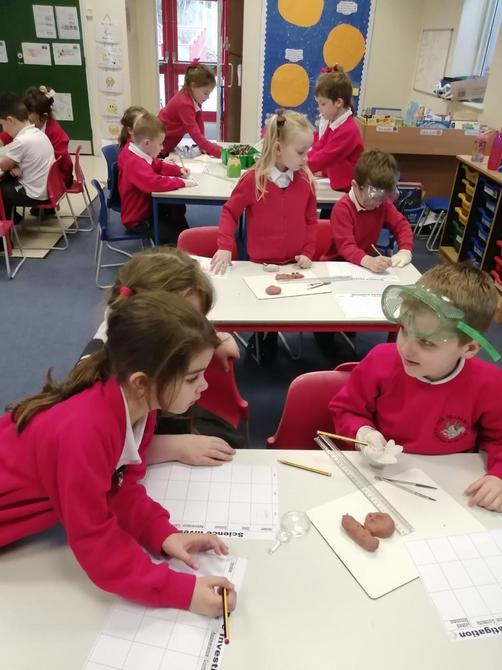 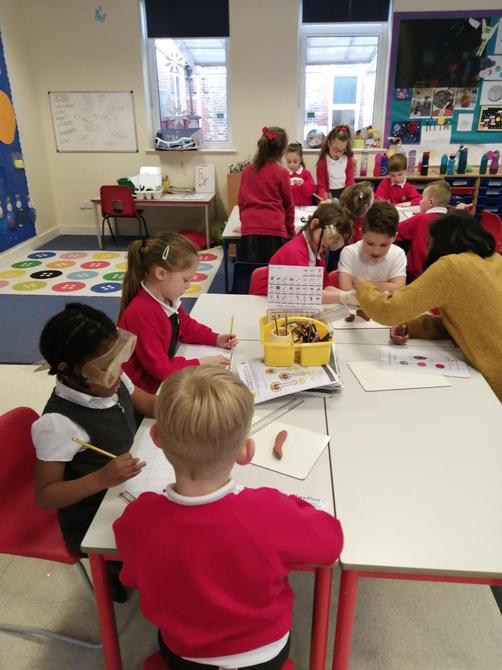 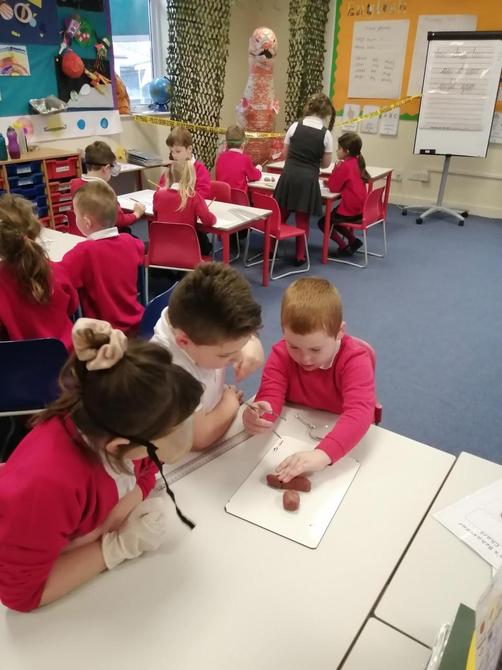 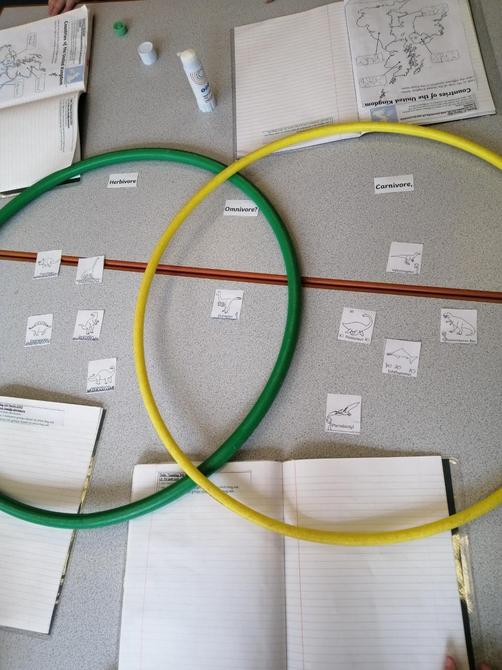 This week the editor from Cuxton News asked us to write a newspaper article about the dinosaur sighting in our classroom. We looked at different newspapers to find the features of a newspaper. We found out that a newspaper article needs a headline, a leading paragraph, the body and a tail. We planned our newspaper bit by bit so that we included all of the important information. The children interviewed each other to get some quotes to make their reports more interesting!